Protect Your Home from a Power Surge - NEC Coop 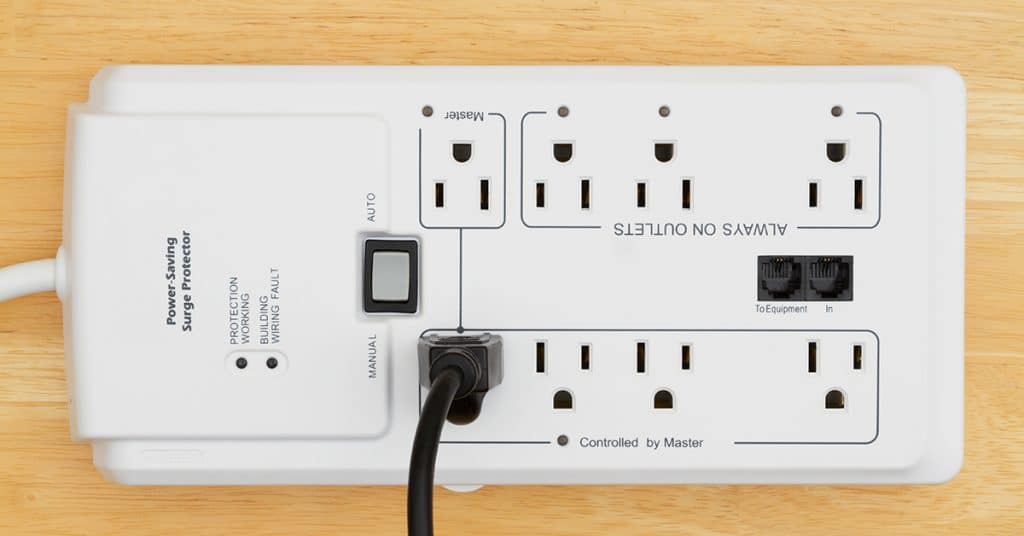 There is a thunderstorm and you hear the lightning strikes nearby. There is a momentary power interruption, then it returns. Mysteriously, the TV won’t turn on.

Sounds familiar? Power surges are the main cause of power-related device damage. It can fry the circuit breaker and spread throughout your home’s outlets, causing costly damage to any electronics, appliances, and devices that are plugged in.

What is a power surge?

A power surge is a temporary unexpected increase in the voltage or current of an electrical circuit. A typical outlet has 120-volt AC power flowing through it. This voltage is not considered constant; there are times when it fluctuates. In the event of a damaging power surge, the amount of voltage exceeds 169 volts.

The heat that is generated during a boost in voltage beyond a device’s normal operating voltage may cause a power surge. Small surges may cause undetected damage that may accumulate in time. However, big power surges, like the ones caused by a lightning strike, can cause immediate and permanent damage. Here are some of the causes of power surges:

Signs of a power surge

Protecting your home from a power surge

While it’s true that you cannot prevent natural occurrences or other events from occurring around your home, you can do your utmost to protect what’s on the inside. Getting a high-quality power surge protector – also known as surge diverter or surge suppressor – can help protect your home from a damaging power surge.

The job of a surge protector is to safely divert voltage spikes to the ground, instead of allowing them to enter your equipment’s sensitive circuits. You can also have surge protection outlets installed in your home, as these offer surge protection.

For areas with high surge activity, it is advisable to have your protectors replaced periodically. It’s best to use the two-tiered approach:

A better approach would be to combine a service entrance power surge protector with point-of-use devices. Installing both devices makes for a better surge protection system.