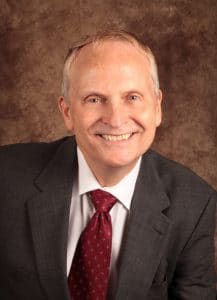 It’s with great sadness that Nueces Electric Cooperative (NEC) announces John Louis Sims, former CEO, passed away on August 18, 2020. Sims leaves behind a legacy of both great leadership and loyalty to serving the local community and members of NEC.

Sims was born in Colorado Springs, Colorado, and as a young adult joined the U.S. Navy and courageously served two tours in Vietnam. Upon his return, Sims attended Colorado State University and graduated in 1974 with a Bachelor of Science degree in Electrical Engineering. Sims had over 38 years of experience in the electric utility industry, serving as general or executive manager of three electric cooperatives.

Sims led NEC through the development of a U.S. Department of Labor journey line technician apprenticeship program, the successful acquisition of a fifty-year maintenance contract with the U.S. Navy to serve Corpus Christi and Kingsville Naval Air Stations, and the establishment of  Operation Round Up program and Nueces Charities, Inc. – the charitable giving foundation for NEC. He also led the development a new headquarters facility in Robstown, Texas, as well as three NEC member service centers. Also under Sim’s leadership, NEC became the first cooperative in Texas to introduce retail electric choice to its delivery territory members.

“John dedicated much of his career to serving the members of his community and beyond,” stated Varzavand Irani, NEC Chief Executive Officer, “He truly dedicated himself to his profession and his contributions to our cooperative will not be forgotten. He always worked to put our members first and has left a wonderful legacy for years to come. The NEC family will miss him dearly.”

Sims’ commitment to NEC was unquestionable. During his time as CEO, Sims led the cooperative and its members through many exciting projects and achieved remarkable growth. His legacy lives on through his many accomplishments during his dedicated years of service to electricity provider in Texas, NEC, its members, and his community.

What to Do Before a Hurricane